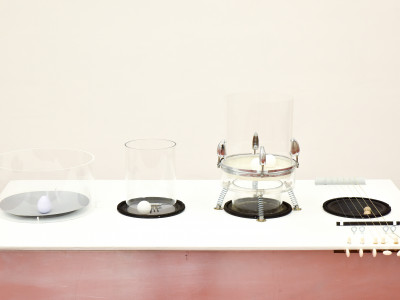 The pollution and the sounds caused by ceaseless technological progress are what prompted my research, the leitmotiv of my work. My work is driven by the intriguing chance to translate these anthropic and polluting phenomena into sonic objects, acoustical or digital sounds rearranged for composing purposes.

The focus is on the pollution caused by intense mechanical activities, such as in airports, factories, and especially in windmills. The structure “Rumore e vibrazioni” (“Noise and vibrations”), by Arpa FVG, recently took up studying health repercussions on individuals regularly exposed to low-frequency noises defined infrasound. The acoustic analysis ranged from 10.0 Hz to 16.0 Hz and pinpointed a consistent sound intensity at 12.5 Hz.

These frequencies were employed here to cause the speakers to oscillate; using their pneumatic motions, they would then form complex rhythmic patterns, basically writing a composition. These interferences, caused through frequencies normally harmful to humans, are now being “amplified” and rearranged for artistic purposes, and ultimately being played by a curious quartet. 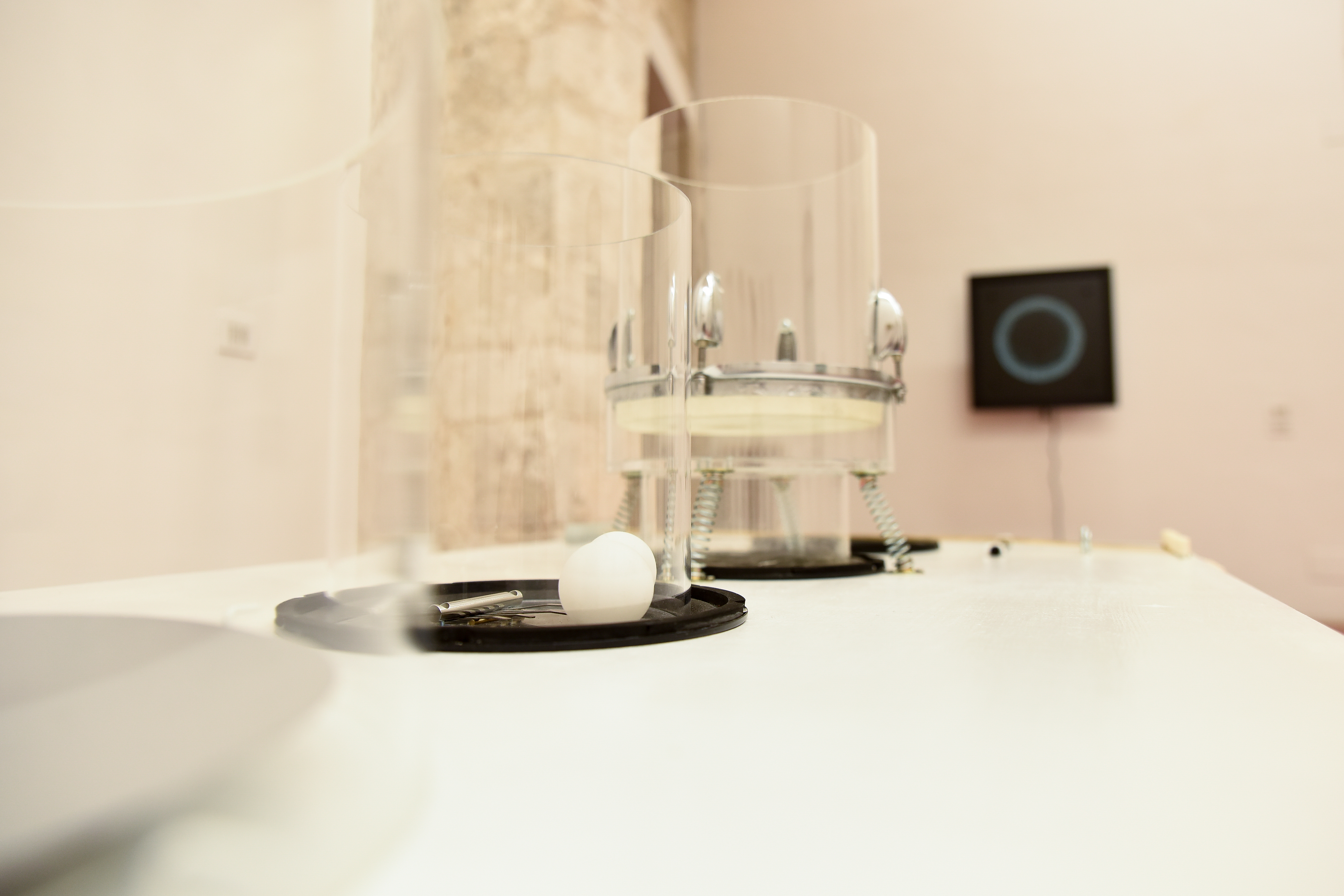 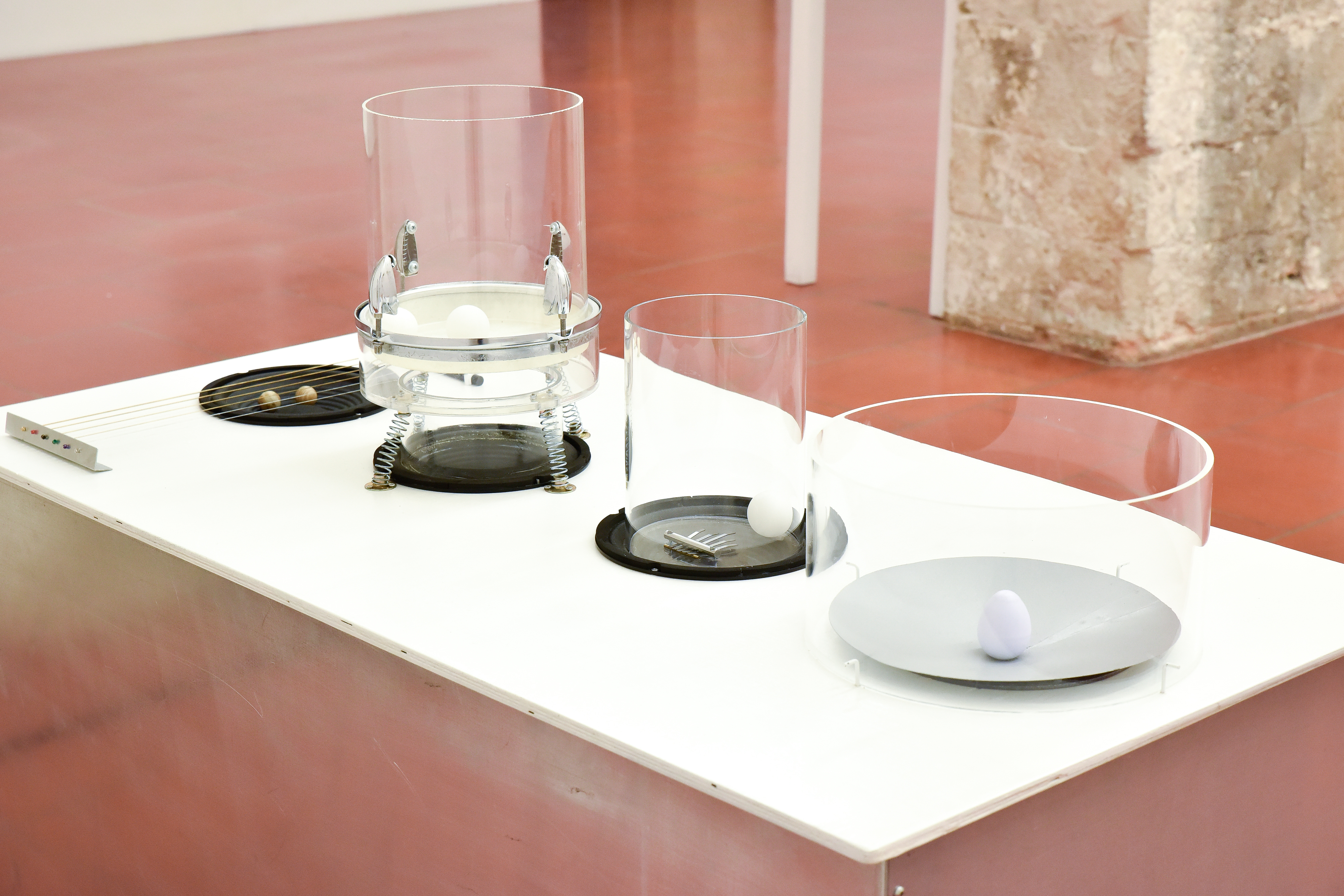 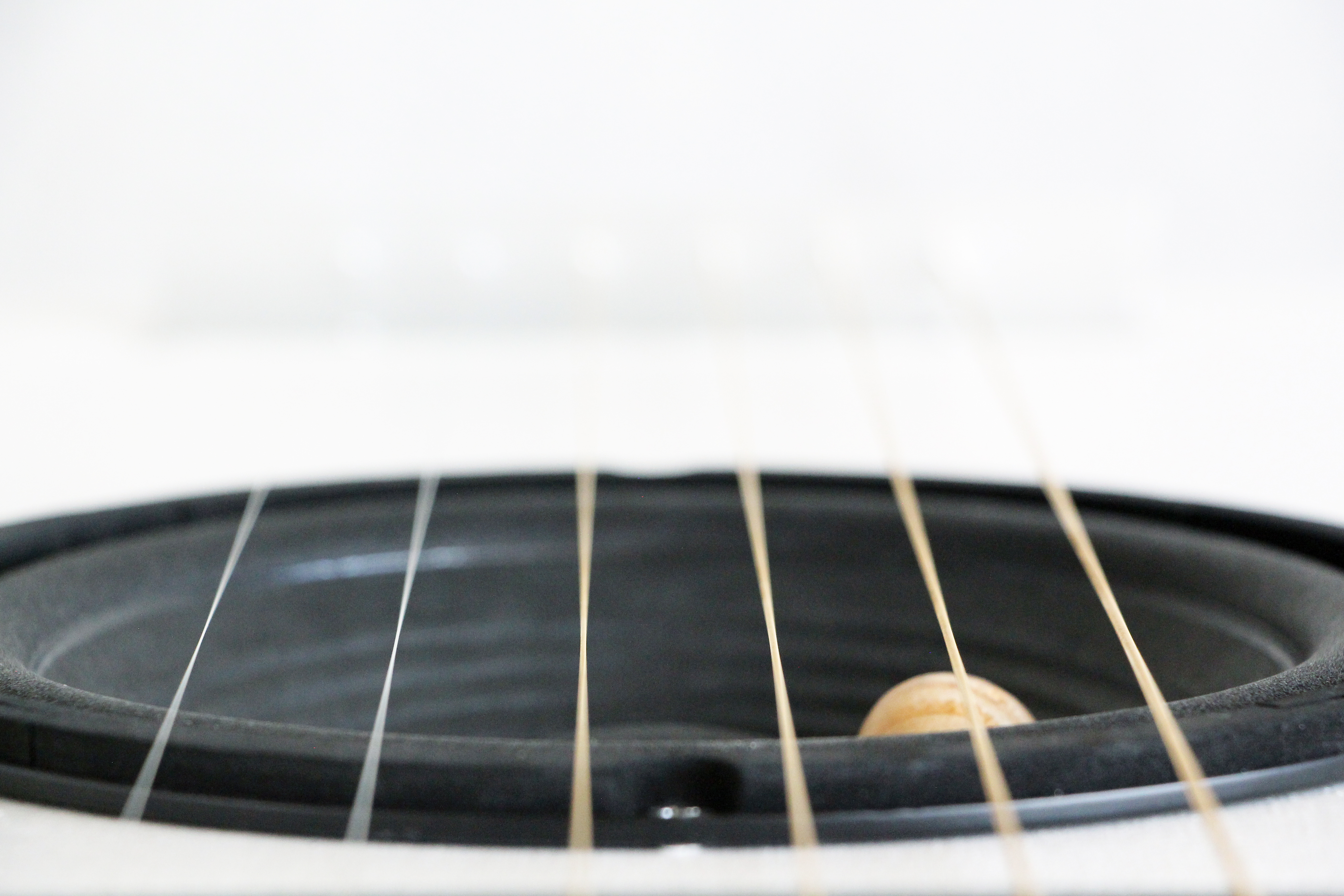 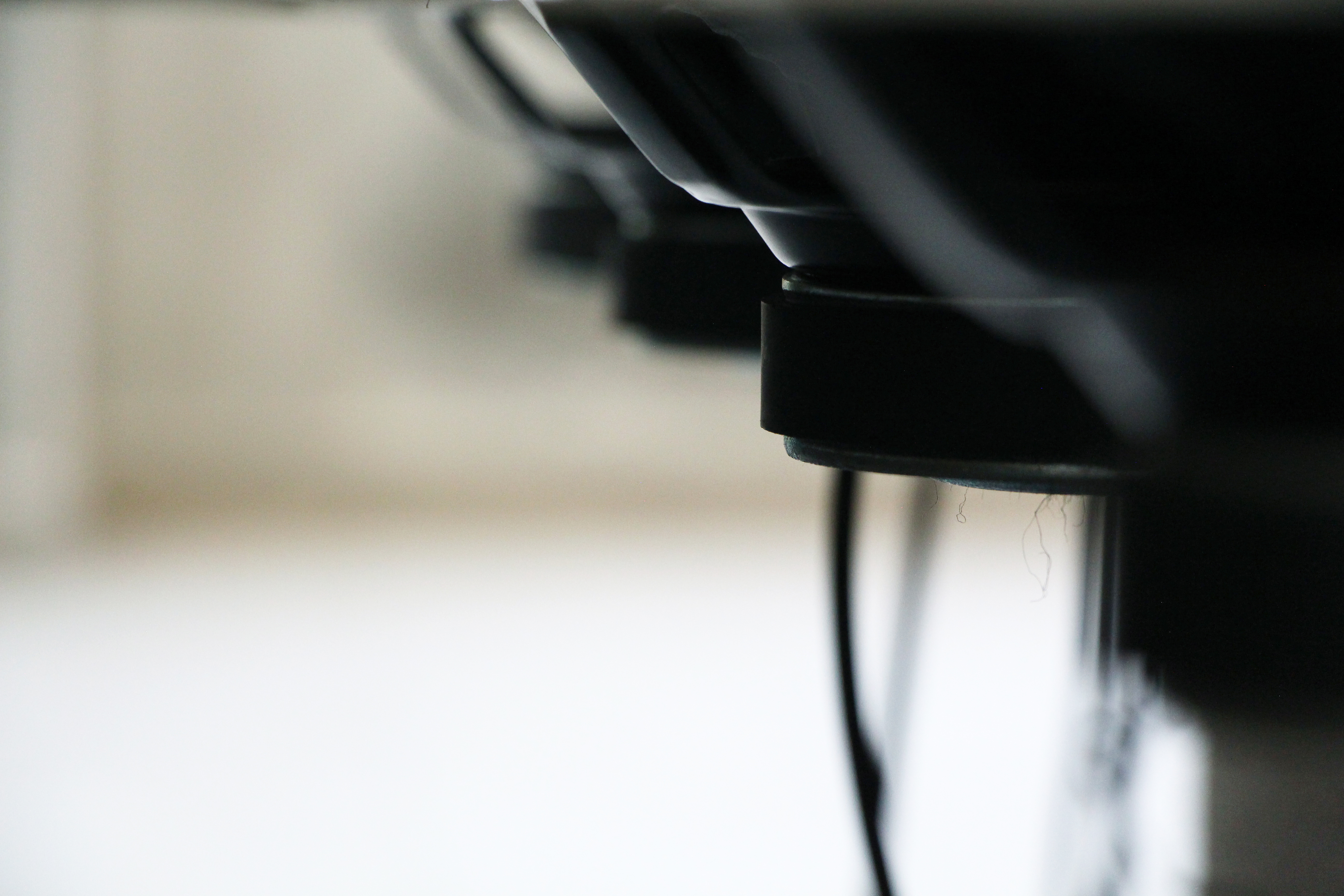 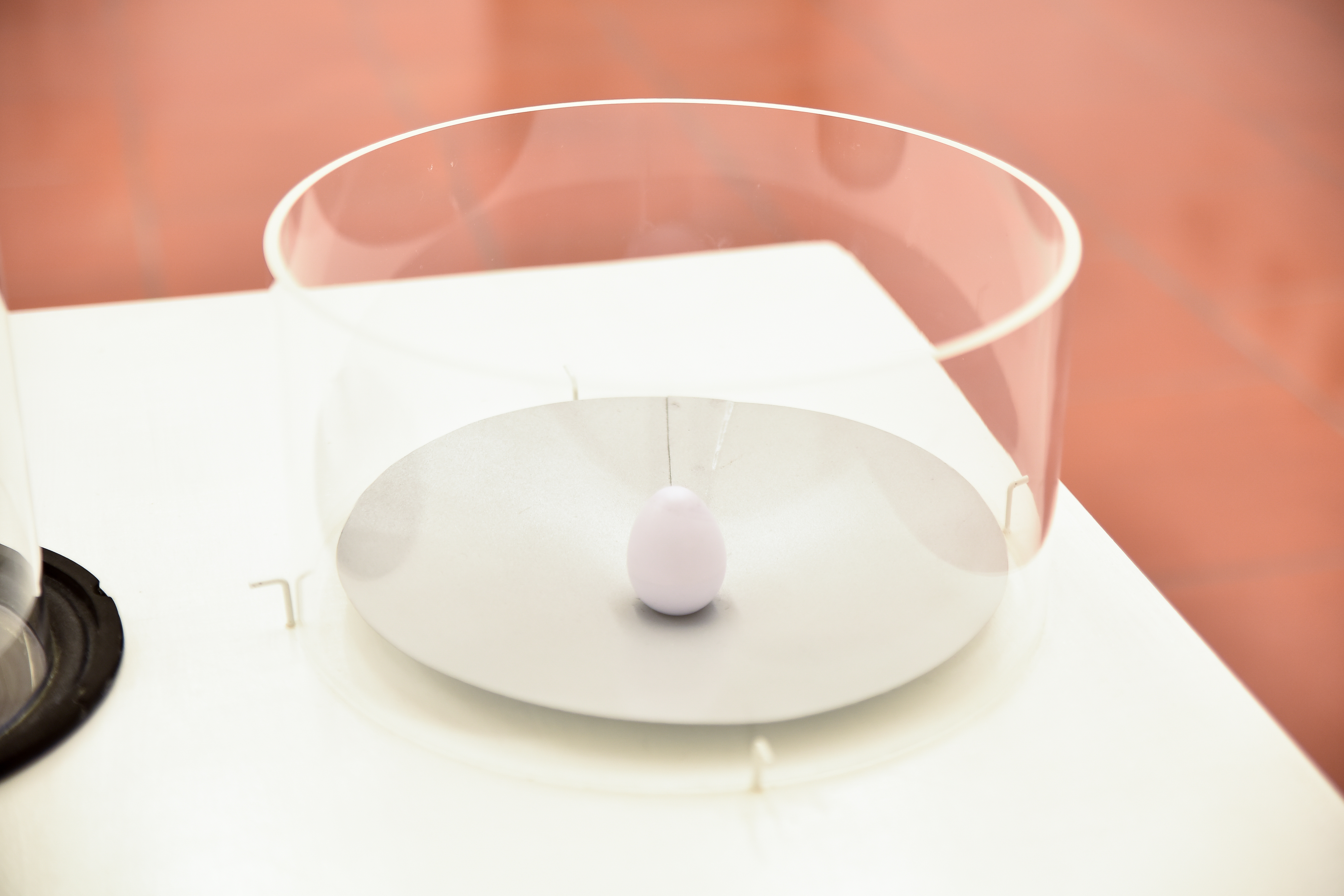 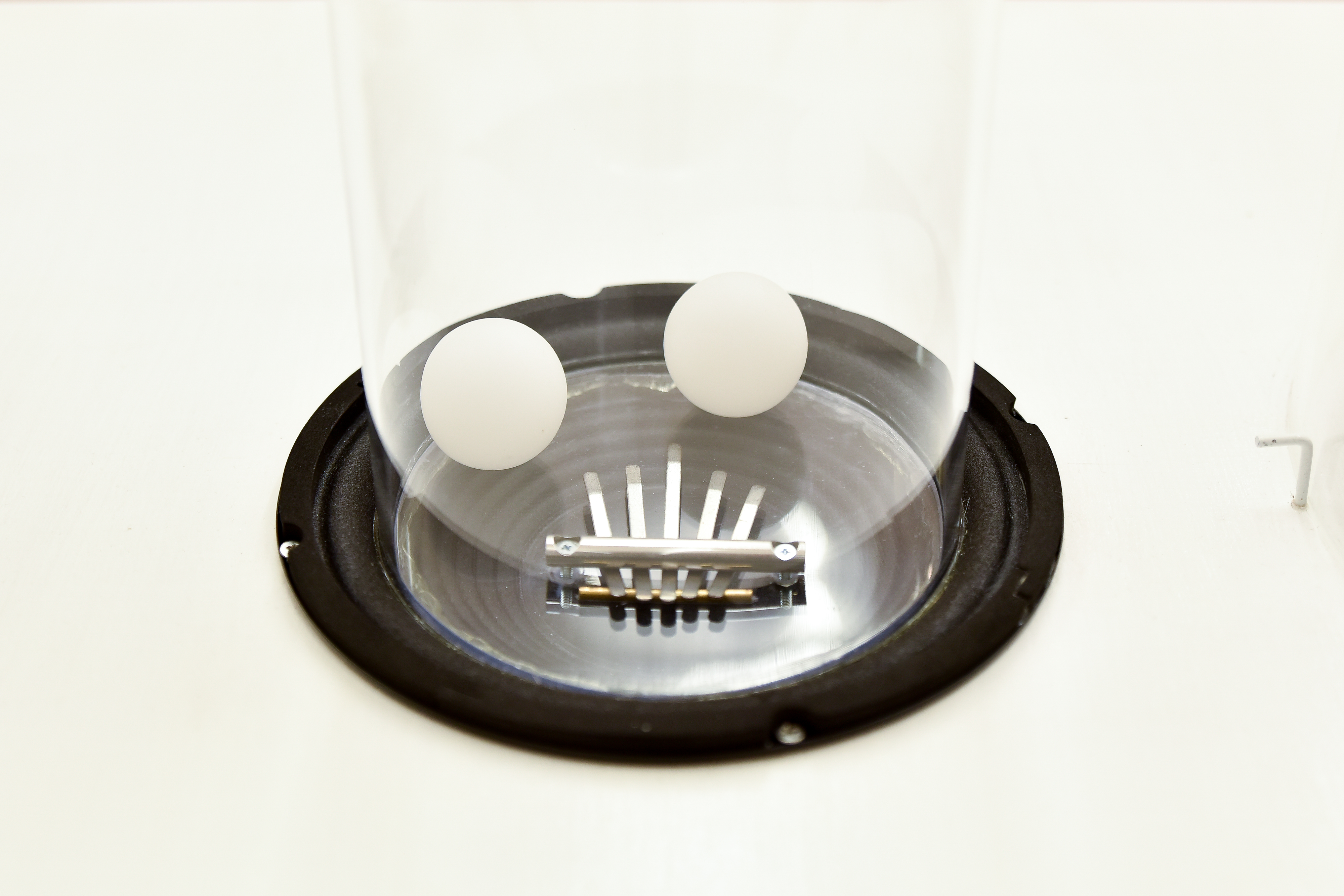 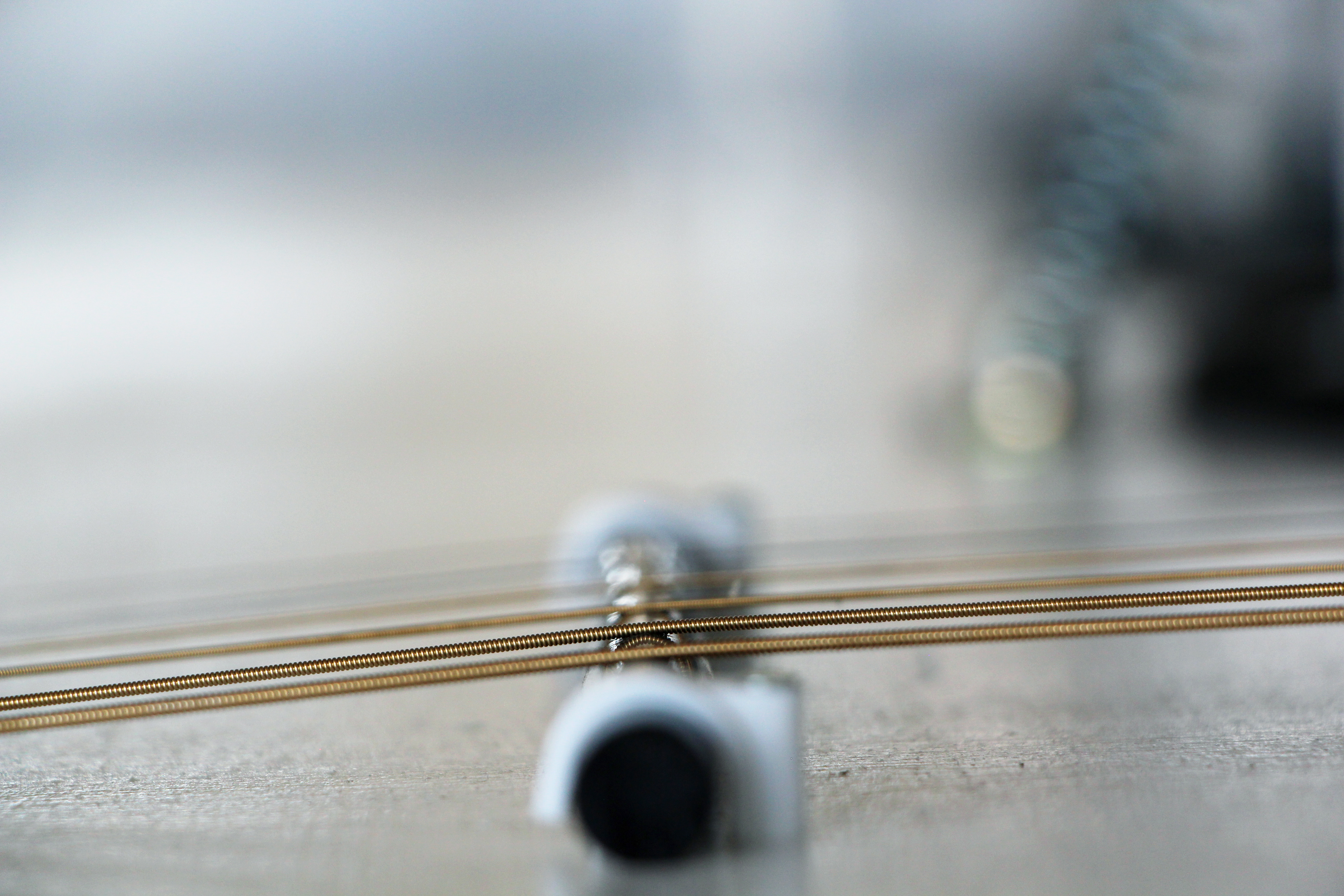